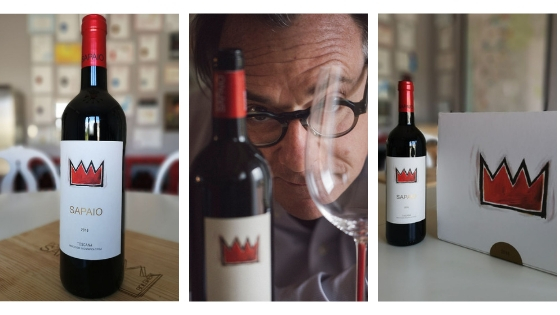 An exceptional year for Sapaio, Podere Sapaio’s top wine. A success in Italy and abroad, this wine stands out on the market with a new image, thanks to its new gold label.

Sapaio’s 2016 vintage, having passed from Doc to IGT in 2015, has been the source of great satisfaction for Podere Sapaio. With its blend of 70% Cabernet Sauvignon, 10% Cabernet Franc, 20% Petit Verdot, Sapaio 2016 has won the praise of consumers and them some. In fact, it has received numerous awards such as “Tre Bicchieri” Gambero Rosso, “4 Viti” Guida Vitae, “5 Grappoli” Bibenda, and “Super Tre Stelle” Veronelli.

“To exalt the success of this wine, we asked designer Aldo Segat, long-time collaborator and creator of our winery’s logo and image, to update its label.

Segat has used clean and simple lines, coming up with a label that is bigger than the previous one, on which the red crown, our winery’s logo, and the Sapaio name – now in gold and larger than in the past – stands out against a white background. The bottom merely shows the year and regional denomination.

“Sapaio is a wine that continues to give us great satisfaction, and is appreciated both in Italy and abroad. The decision to change the label stems from the desire to bear witness to this wine’s growth and importance also in terms of its image. It is therefore a kind of acknowledgement of Sapaio, a wine that never ceases to amaze us”. – Massimo Piccin 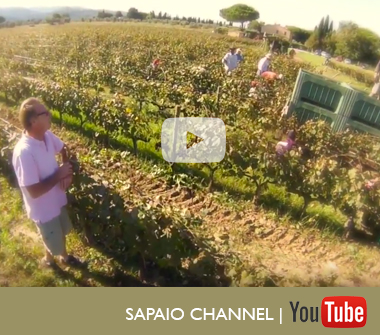